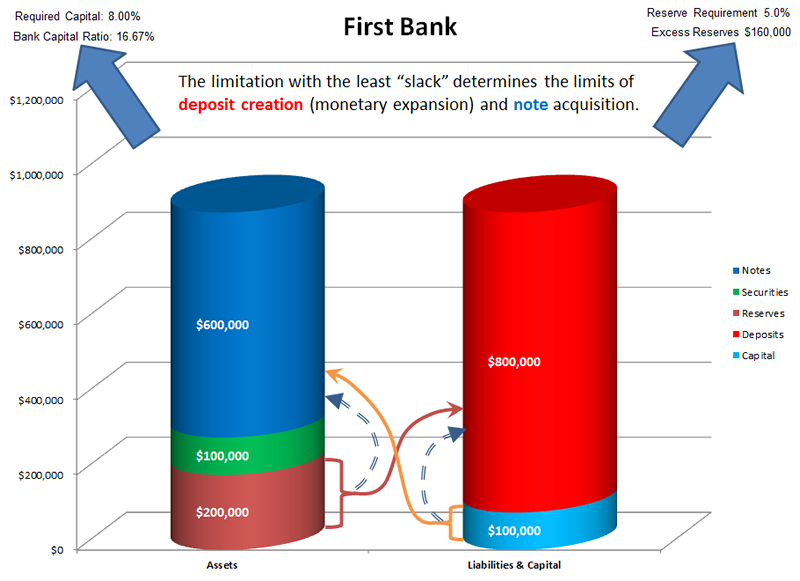 As you have probably already figured out, these limitations on deposits and risk assets operate interactively.

In the last two slides I have demonstrated how:

First, when a bank has no excess reserves (when its actual reserves equal it's required reserves), it can no longer create deposit liabilities with which to acquire notes.

Second, when the amount of bank capital drops to a ratio of risk assets equal to its required capital ratio, that bank has reached the limit of its note acquisition capabilities. The bank can no longer acquire new notes regardless of the amount of excess reserves it holds.

The interactive relationship between bank reserves and bank capital means that the limiting factor with the least "slack" determines the limit of deposit creation (monetary expansion) and and note acquisition. In other words, when First Bank has no Excess Reserves — but plenty of capital — it cannot create deposits liabilities with which to buy notes. And, when the capital of First Bank amounts to only 8% of its risk assets it cannot acquire new notes — even if it has plenty of excess reserves.