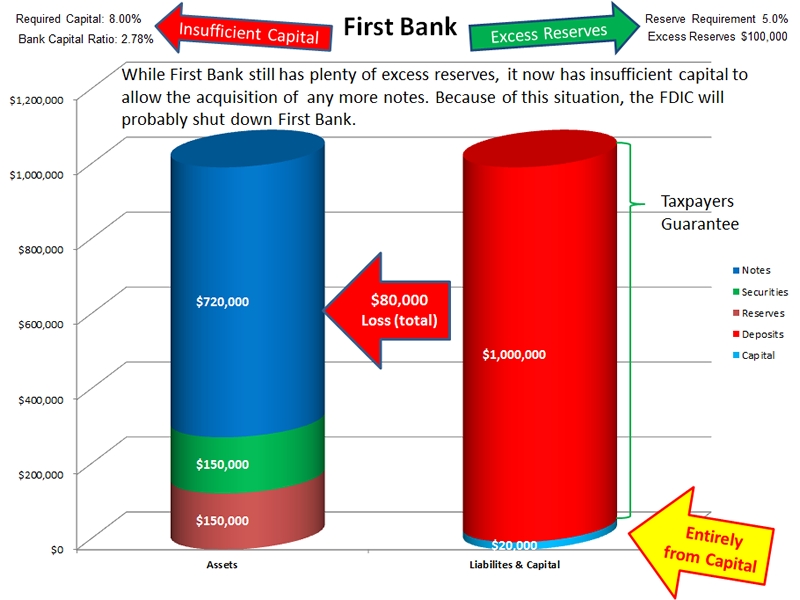 Some or all of this loss might be absorbed by the bank's loan-loss reserve, which represents part of the bank's capital. Banks are allowed to accumulate a certain amount of loan-loss reserves on an annual basis to protect against the possibility of large losses. It still amounts to a loss of capital.

You can see by the capital ratio after the loan-loss that First Bank can no longer meet its capital requirement. The bank regulators would consider this bank as insolvent. The FDIC would shut this bank down.

But, rather than just closing the bank and absorbing the loss, the FDIC would, more than likely, pre-negotiate a sale of the bank's assets to another bank with stronger capital. As a part of that deal the FDIC would get an agreement that the new bank would take over the deposit liabilities. This transaction would happen Friday afternoon and Monday morning the “new” bank would open for business.

The poor condition of First Bank might, however, cause prospective buyers to decline that offer…