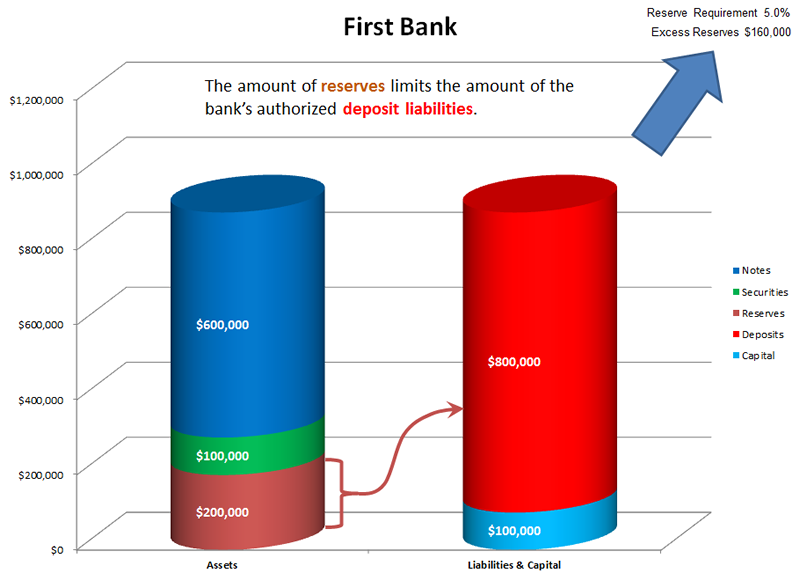 The amount of excess reserves a bank holds determines how much that bank can increase its deposit liabilities before it reaches its limit. Banks can increase their deposit liability limitation (increase excess reserves) primarily by two of the transactions that we reviewed before: 1) the transfer of reserves from another bank to cover a check transaction, or 2) the sale of securities to the Federal Reserve.

We will find out later that reserve requirements alone may not limit the capacity of First Bank to create deposit liabilities.

If bank reserves limit deposit expansion, what, then, limits the increase in risk assets?